The Baha'i, "islamic apostates" under persecution


A few links that explain the islamic persecution of the Baha'i.

First a very brief background. Islam claims that Mohammed is the last prophet. But then came Baha'u'llah, who in the 19th-century Persia, whose teachings the Baha'i believe, fulfilled the end-time promises of previous scriptures.

A very important point is that Islam consisders the Baha'i as a form of apostasy. Therefore, the Baha'i are persecuted everywhere in Islamdom (e.g., from wikipedia). Curiously, the Baha'i headquaters is located in Haifa, Israel, which is an island of freedom in a region in turmoil. 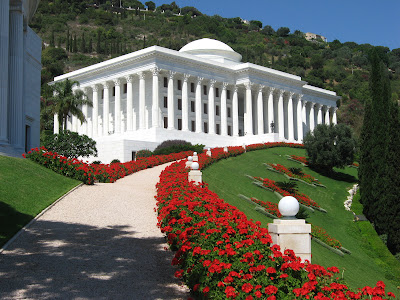 Baha'i headquarters in Haifa, Israel
Posted by Universal Human Rights Alpha and Omega at 11:58 AM